For vegans and vegetarians, the struggle is real: how to get enough protein to maintain or build muscles? Protein contains amino acids, which are the building blocks for our bodies. Some protein sources contain more complete amino acids than others, and that’s why it’s important to incorporate a large variety of them in our diet.

Containing approximately 6g of protein per cup, rice is a super versatile ingredient that will add some protein and a little bulk to your plate. It can be sprinkled into an omelet or thrown into pretty much any salad. You can also use rice milk as the liquid base for your smoothies and shakes.

Although peanut butter is known for its calorie and fat content, it also packs quite a bit of protein. For only two tablespoons, you get 15g of protein! Obviously you wouldn’t go eating a cup of peanut butter straight up (or maybe you would, that sounds great actually), but you can add it to toast, on top of sliced fruit or vanilla yogurt, or even to your chocolate protein shake. Peanut butter is also a key ingredient for dishes like Pad Thai or peanut stir fry.

Similar to the previous ingredient, hempseed contains 10g of protein per two tablespoons. Although hemp has a reputation in other industries (textile, recreational), it’s actually an incredibly nutritious food too. Hempseed contains protein, essential fatty acids, as well as magnesium, zinc, iron, and calcium. Add it to your oatmeal, sprinkle on top of your salad or even bake with it.

Note: if you suffer from celiac disease or gluten intolerance, avoid seitan!

This popular meat substitute in vegan and vegetarian restaurants, is made from mixing wheat gluten (which is protein) with herbs, spices and hydrating it with water or stock. It contains 21g of protein per 1/3 cup serving. Since seitan is very meat-like, you can pretty much use it in any meal such as fajitas, stir fry or burgers.

When all else fails, make a protein shake! Sometimes you’re on the go and don’t have time to cook up some rice or seitan, so an easy way to get some protein is to mix up a shake. Both flavours currently offered in our store contain 20g of protein per one scoop serving. PROFI Chocolate can be mixed with almond, coconut or rice milk for a thicker drink, but simply adding water works as well. The Original Booster can be added to yogurt or a fruit smoothie, and, if you have a bit more time on your hands, is great to bake with. 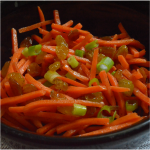 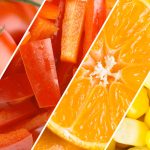 Why are you vegan? Connor’s StoryHealth, Lifestyle, Nutrition