The Canadian government has just issued draft recommendations for Canada’s new Food Guide. Unlike the previous Canadian Food Guide, these recommendations were deliberately developed without consultation from industry but instead were based on almost 20,000 responses received from Canadian consumers.

The three main areas of differences with the recommendations for Canada’s new versus the current Food Guide are a) the focus on eating patterns instead of food categories and b) the emphasis placed on the importance of including a “high proportion of plant-based foods”1 and c) the impact that certain food choices have on our environment.

Under the “Guiding Principle 1” of the draft recommendations, the focus is on the importance of eating nutritious and wholesome foods such as vegetables along with fruit, whole grains and plant-based proteins.

Included in the draft recommendation is the suggestion to shift to foods that contain mostly unsaturated fats rather than mostly saturated fat. To consumers, this is encouragement to shift away from foods derived from animals such as cream, high fat cheeses and butter and meats containing high levels of saturated fats.

Under the “Guiding Principle 4”, the draft recommendations acknowledge the impact our food has on our environment. Again, emphasis is placed on a shift towards diets high in plant-based foods and lower in animal-based foods that are associated with “lessor environmental impact”.

Phase two of the draft recommendation provided all Canadians the opportunity to comment online of the proposed guide until July 28, 2017 with plans in place to publish the results in late 2017. In early 2018, part 1 of the new dietary guidance policy report for health professionals and policy makers will be released with part 2 consisting of healthy eating patterns and recommended amounts and types of foods scheduled to be released in early 2019. 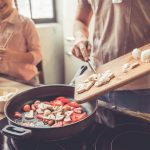 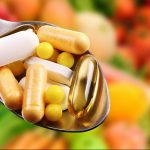 Supplements, Should You Take Them & Why?Health, Lifestyle