Have you ever wondered what it would be like to hike the West Coast Trail on Vancouver Island, Canada? This dream became a reality for Carol and Chris Finlan in the summer of 2017. As it was such a breath-taking experience, we sat down with Carol to ask her to share some of her most awe-inspiring impressions based on her first three full day/night hiking trip along the West Coast Trail.

Carol, as a resident from Ontario, what were some of the first impressions that stood out in your mind from this dream of a lifetime hike?

“The first thing I thought about when considering this hike, was the level of the challenge. As per the advice on the West Coast Trial Website, I would strongly recommend that you do not attempt this trail unless you are a highly experienced hiker. 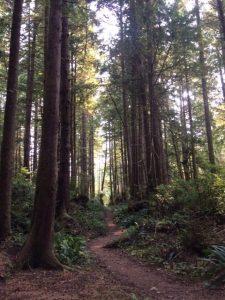 The second impression that stood out in my mind is that it’s very easy to overpack your backpack. Unfortunately, Chris and I found out the hard way. When we started off the trail at the Nitnat location, one of the first things I noticed is that there is a scale right at the dock.  We were encouraged to weigh our backpack before starting on our hike. In fact, they don’t really give you an option. You might hear them say “hear let me help you weigh your pack”. After that you would then, board the boat that takes you across the water to the spot where the hike begins. What was surprising to me was to learn how much all of the many items I threw into my backpack at the last minute actually weighed. For example, Chris’s backpack weighed 52 lbs which was similar to the other men in the group. However, he thought it would have weighed closer to 40 lbs. On the other hand, my backpack weighed 36 lbs when I was expecting it to weigh 30 lbs. The rule of thumb is that your backpack should weigh no more than 30% of your weight if you’re a woman and 35% of your weight if you’re a man.

Even though we had dumped out a large number of items the night before (enough to fill an extra bag), the gate was very kind and generous enough to hold it until our arrival back from the hike, it was surprising to see how many extra, last minute items we had tried to stuff into our backpacks. One item that I recall removing was (and please don’t laugh) was a sweater. 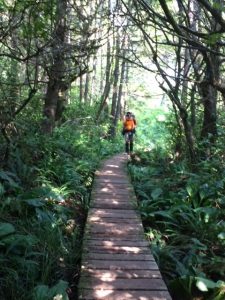 The other surprising thing we learned is that anyone who hikes this trail is in for a “mud walk”. I have been told that you can find yourself often up to your knees in mud. The reason for this is that the West Coast Trail is in a rain forest. So most of the time it is raining. Lucky for us, the days we had picked had perfect weather conditions. It was dry and sunny on the days we were hiking; we avoided the experience of carrying the weight in our backpacks as well as walking through mud. It wasn’t until we were on the trail that we realized just how many large, round rocks there were and how slippery they would be if it had rained. As there were so many roots and rocks on the trail, we ended up passing someone with a broken finger and others sharing stories about them passing hikers with broken arms caused from falls along the trail. Although, there is an emergency service available that could bring you back out from the trail, before the park implements that service they would insist on accessing your condition first. So it is really important to prepare well for this trip and to be prepared for an adventure of a lifetime.

Also, as the trail runs along the Vancouver Island shoreline, it was surprising to find out how many times I had to climb up and down a ladder from the beach to the cliff and back again and again. But the views were breathtaking and well worth it.

Another unexpected but memorable experience is the time spent at the designated camp sites in the evenings. After a day long hike, everyone stops and spends the night at one of the designated camp sites along the shore line. Not only does everyone spend the night in close quarters but if you’re fortunate enough, some food too (we were offered the ultimate camping dessert, smores!) We of course offered them some of our pouches of PROFI Chocolate to take with them on the rest of their hike! These camp sites also provide an opportunity to share stories around a fire.

If I had to describe the three-day hike in one word it would be beautiful!

Again, after hiking the West Coast Trail, I cannot emphasize enough that this is not for beginners or even intermediate hikers. I would strongly recommend you should be a seasoned hiker before attempting this trail.” 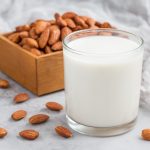