Live in Toronto & having a hard time finding vegan restaurants? No need to worry, we’ve found your 5 new favourite spots! Ranging from comfort food, to fresh bowls to vegan desserts, we’ve got every food group covered! Check out the vegan restaurants below & let us know what you think!

Apiecalypse Now! was established in 2010 & started by attending farmer’s markets & veg fests around Toronto. Their success at these events eventually led them to open up a store on Markham St.! They’re dedicated to create vegan sweet & savoury food that will please anyone, whether they’re vegan or not! They have won numerous awards, including the “Best Bakery” in Toronto in 2014! They’ve also been featured in many different places including BlogTO, Toronto Life Magazine & mentioned on numerous radio stations! Aside from the delicious variety of food that they offer, Apiecalypse Now! also uses their platform to raise awareness & money for multiple animal liberation/rehabilitation organizations! (You can see the full list of organizations on their site!) Now, time for the best part, the FOOD!

Apiecalypse Now! offers a HUGE variety of food (all vegan of course!). Ranging from sandwiches, classic feel-good food to donuts, pumpkin pie & pizza dough (which is made fresh every day!). You can check out their Pizza & Snack menu here, we promise it won’t disappoint & that it will probably leave you drooling! 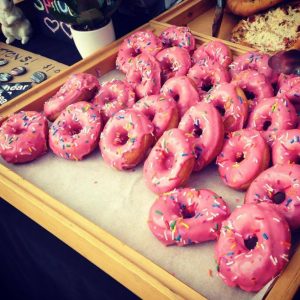 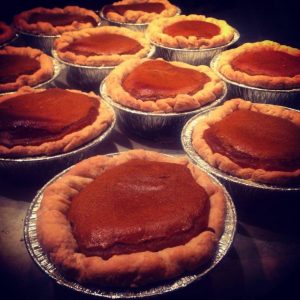 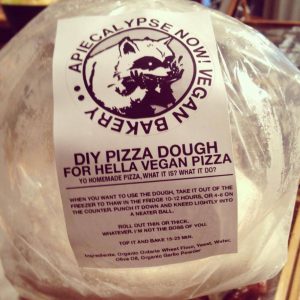 If you thought comfort food was only for omnivores, you thought wrong! The Hogtown Vegan puts a vegan (obviously) spin on all of the classics! They literally have anything you could want, & it’s ALL plant-based! Ranging from ‘wings’ to Mac & ‘Cheese’, the opportunities are endless! No matter what time of day you go, you will always have great choices to choose from. They have 3 different menus, brunch (<3), lunch & dinner, all filled with delicious classics with a twist. 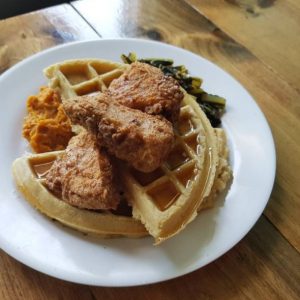 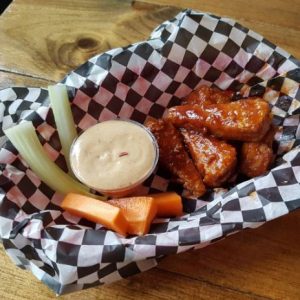 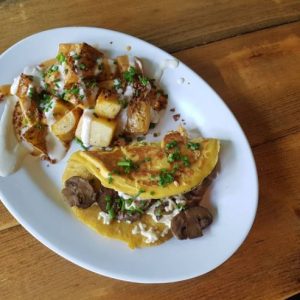 Cosmic Treats is like no other! They are a vegan restaurant, dessert bar, ice cream parlour and candy shop all in one! Rather than focusing on vegan mains, they focus on the most important meal of all, DESSERTS! Cosmic Treats opened only 2 years ago & it is already one of the hottest vegan places in Toronto! They’re located in the heart of Kensington Market where they offer vegans with the food that they can’t get anywhere else! They also promise to make omnivores happy by offering classic dishes like spaghetti & meatballs & chick’n Pot pie, without the meat of course! Alongside their vegan classics, they also offer over 40 different flavours of their made-in-house, cashew nut base ice cream *drool*. This ice cream is so good, that for the last 2 years in a row (aka, since they opened), they’ve won the Toronto Veggie Award for the “Best Vegan Ice Cream” in Toronto! If you’re vegan (or even if you’re not) & you’re looking to satisfy your sweet tooth, look no further, you have found the holy grail of desserts! 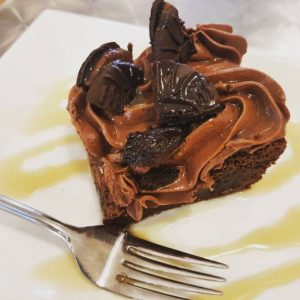 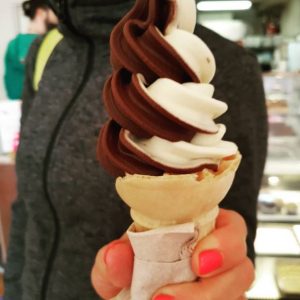 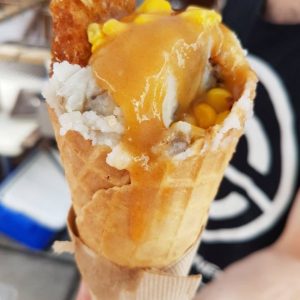 Chicken & Waffle Cone (without the chicken)

The Urban Herbivore was founded in 2005. They started off with a small cafe in Kensington Market & because of their success, they have since been able to open 2 more locations around Toronto! The main goal of this company is provide whole food to the masses in a sustainable fashion. They offer food made from scratch with simple, local ingredients. As mentioned on their website, they do their best to offer local & organic ingredients hand picked by farmers. Because of their commitment to selling local produce, some of their menu items may change without notice due to seasonal availability. Aside from their dedication to providing whole food options, they are also very dedicated to being as sustainable as possible. For take out orders, they provide biodegradable packaging, from their containers to the cups, straws & cutlery. They also do not sell any water in plastic bottles, it is tap only at this place! Now, for the food!

The Urban Herbivore offers a variety of plant-based meals ranging from sandwiches to bowls to soups to cupcakes! They also offer a variety of smoothies & juices that are made fresh on-site! They even offer a twist on the classic BLT, known as the TLC, which has coconut bacon! If you’re looking for a new favourite lunch spot, this has your name all over it! 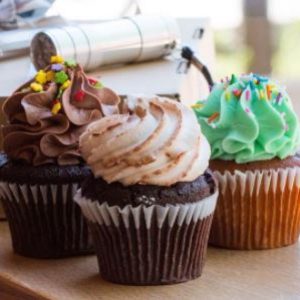 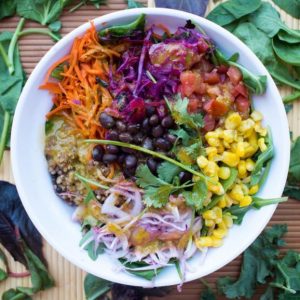 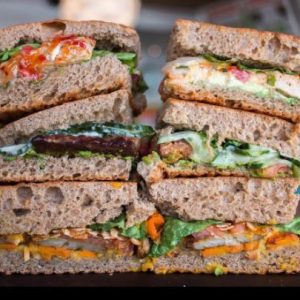 Mix of their different sandwiches

*All images courtesy of Urban Herbivore’s Instagram (in link above)

Live Organic Food Bar has been around since 2002! Similar to Urban Herbivore, they are all about sustainability as well as ensuring they get top local produce from organic farmers. Their entire menu is organic, gluten & wheat free & there are no refined sugars in site! On their website they state that the only way food should be processed, is by the human body! They currently have 2 locations in Toronto & their products can actually be bought across Canada! From their first restaurant, they developed their Live Factory where they create their organic products & sell them across the country! They offer a wide variety of foods including fresh bowls, soups, salads, ‘unmeat’ options as well as desserts! They also offer vegan friendly burgers & sandwiches like their Bacon Avocado or Kimchi Burgers! As they say “You don’t need to be vegan or raw to dine with us – you just need a spirit for adventure and a love of food.” 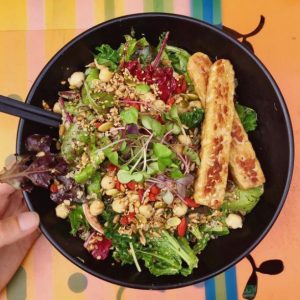 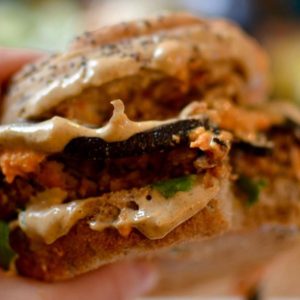 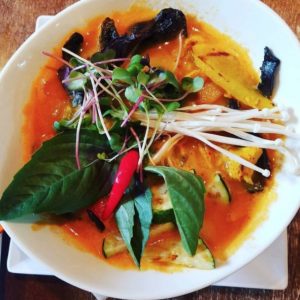 *All images courtesy of Urban Herbivore’s Instagram (in link above) 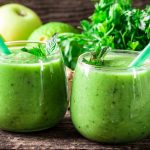 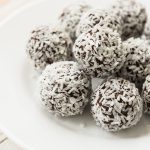