I have been vegan for eleven years, and both my two children (Selkie 5 years old, and Indie 27 months), as well as my husband are vegan. We have chosen to raise our children vegan because it made sense ethically and health wise for us! My daughter’s first food were grapes, and my son’s first food was a carrot he wanted to gnaw on at 6 months old! This lifestyle is abundant in vegetables and fruit, and so much about it resolves around creating exciting new recipes and meals for my family!

My children have benefited greatly from being vegan! Constipation has never been an issue! Most importantly they are much less likely to inherit any issues derived from consuming the breadth of hormones in factory farmed meat products.  Both my children get excited to try new meals, as well as different fruits and vegetables. We supplement with enriched nutritional yeast, and a vegan liquid vitamin D! I cook occasionally with an iron fish to keep our iron levels in a good range, and we eat tons of fermented foods such as sauerkraut for vitamin K, and tempeh! We also love our seaweed for iodine!

There are abusive parents everywhere; ones who don’t properly care for their children, and these stories have blown up because the children were vegan. Veganism is sadly seen as something to fear, mainly because the dairy and meat industry don’t want you to stop buying their products. You don’t see news stories about children being taken away for being obese, diabetic, or being fed take out every day. Just some food for thought!

Another question, and misconception, that I get asked about often, is if a vegan diet is hard, especially in North America. I get asked quite often if veganism only really works in a tropical climate, where fruit is abundant! BUT being vegan is easy everywhere, including in Canada!! My children thrive on eating a variety of different plants, nuts, seeds, and legumes- all of which can be found in grocery stores, farmer markets, and healths stores. There are so many different recipes you can experiment with, and my children love trying my new creations. Some things are definitely misses (I’m a recipe creator… so some just don’t go as planned! You can check out my YouTube channel for new creations weekly!)), but it’s definitely rewarding to find different meals my children love that become staples in our household! There is also a ton of different vegan convenience food brands that you can find at your local health store or grocery store that can help on those days you run short on time!

If you are interested in raising your child on a vegan diet, or are already a vegan parent, check out this vegan parenting group on Facebook! https://www.facebook.com/veganpregnancyandparenting/ 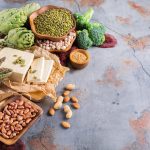 Ketogenic Diet – How does it work?Health, Lifestyle, Nutrition 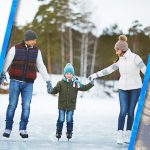 Winter Activities to do with Friends or FamilyHealth, Lifestyle, Training